Living in Plainville, CT – The CrossRoads of Connecticut

Plainville has a population nearing 18,000. Originally part of Farmington, known as the “Great Plains”, Plainville became a town onto itself and was incorporated in 1869. The Town of Plainville covers an area of 9.6 square miles and is in Hartford County, midway between New Britain and Bristol, and 14 miles southwest of Hartford. Bristol borders it on the west; on the north by Farmington; on the east by New Britain; and on the south by Southington.

The Town’s business base is diverse. Major industries include electrical products, spring manufacturing, tool making, metal stamping, heavy construction, stone quarries and now cold storage with Americold having constructed a 250,000-square-foot warehouse for frozen foods that will serve Stop & Shop stores in New England and expected to open in 2022.  The level of growth in Plainville is expanding in the area of commercial and light industrial building. Connecticut Commons is the largest retail shopping and entertainment center in Plainville and includes such anchor stores as Xfinity, Lowes, Kohl’s and Marshalls.  Restaurants include McDonald’s, Friendly’s and Applebee Restaurants.  Connecticut Commons entertainment includes AMC 20 Theatres.  Across From Connecticut Commons is another shopping venue and includes Big Y Supermarket and Starbucks.  Other shopping/restaurants in Plainville include J. Timothy’s Restaurant, Gnazzo’s Supermarket and Artisans Marketplace; and in the heart of Plainville there is an array of shopping and restaurants including Bolo’s Bakery, Martel’s Music, 50 West and Hop Haus restaurants. 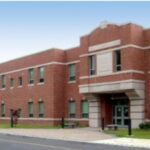 Plainville has three Elementary schools, one Middle school and one High school. The Board of Education is committed to improving school facilities and is in the process of upgrading the infrastructure of its schools to accommodate all students. Linden Street Elementary School, the High School and Toffolon Elementary School have all undergone extensive renovations and expansions that have made each school more accessible and a better environment for learning. The Plainville community is very involved in public education and for couples looking to raise a family, Plainville is worth taking a look at. Known for its creative approach to applying education; today’s children can certainly excel in the future.

Plainville’s Senior Center is one of the finest centers around, offering programs from computer learning to exercising, serving lunches as well as delivering Meals on Wheels. We also have a transportation program that is coordinated through the Senior Center. Through our Housing Authority, 90 units are managed for senior citizens.

Trumbull Park boasts a Little League Field, All-Purpose Field and Baseball Field. At Norton Park the Girls’ Softball Diamond has been refurbished and a new soccer field was recently constructed. Norton Park is also the location of the Elizabeth A. Berner Pool, which is open mid-June to the end of August for residents and their guests to enjoy. This family aquatic center offers two water slides, a raindrop fountain and a zero-depth entry tot pool. Paderewski Park is the home of the Conservation Commission’s annual fishing derby.

Plainville holds an annual Hot Air Balloon Festival at the end of August at Norton Park, gathering thousands together for fun-filled nights of games, music, food, and fireworks. 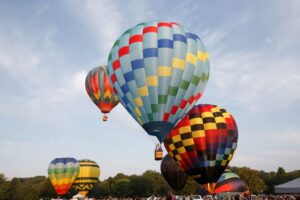 In October, Plainville also holds their annual Pumpkinfest which is a downtown outdoor festival featuring live music, a kid’s costume parade, kid’s games, bounce houses, a large variety of food trucks, spooky haunted house and over 50 local vendors, downtown restaurants & businesses along with “The Pumpkin Patch” to create your own carved pumpkin or view the many already decorated versions of the perfect pumpkin!

Tomasso Nature Park was established in 1989 and was given to the Town of Plainville by Tomasso Brothers. The Park was established as a wetland mitigation area for the wetland lost in the reconstruction and expansion of the runway at Robertson Airport. Tomasso Nature Park offers approximately four acres of wetlands, observation areas, knolls, trails and bridges. It is home to nearly 600 painted turtles and other wildlife.

Sunset Rock State Park access located on Ledge Road in Plainville connects with Southington and is a conservation area surrounding Crescent Lake and is popular for hiking in a backcountry setting.

Plainville Canal trailhead parking is located in Plainville at 45 Northwest Drive and is connected to Farmington Canal Heritage Trail.

Plainville is also the home of Robertson Field, the oldest private airport in Connecticut. Founded in 1911 at the dawn of flight, Robertson Airport is Connecticut’s oldest airfield. It began as an airfield consisting of little more than a meadow used by novice pilots in the early 20th century.  Plainville is also the home of John H. Trumbull, who served the state as governor from 1925 to 1931. A resident of Plainville since childhood, Trumbull earned his pilot’s license at the age of 53 and became known as the “Flying Governor” when he began piloting his own flights to gubernatorial functions.

Do you have a question or want to schedule a personal tour?
Fill out the form below and someone from our friendly staff will be in contact shortly.